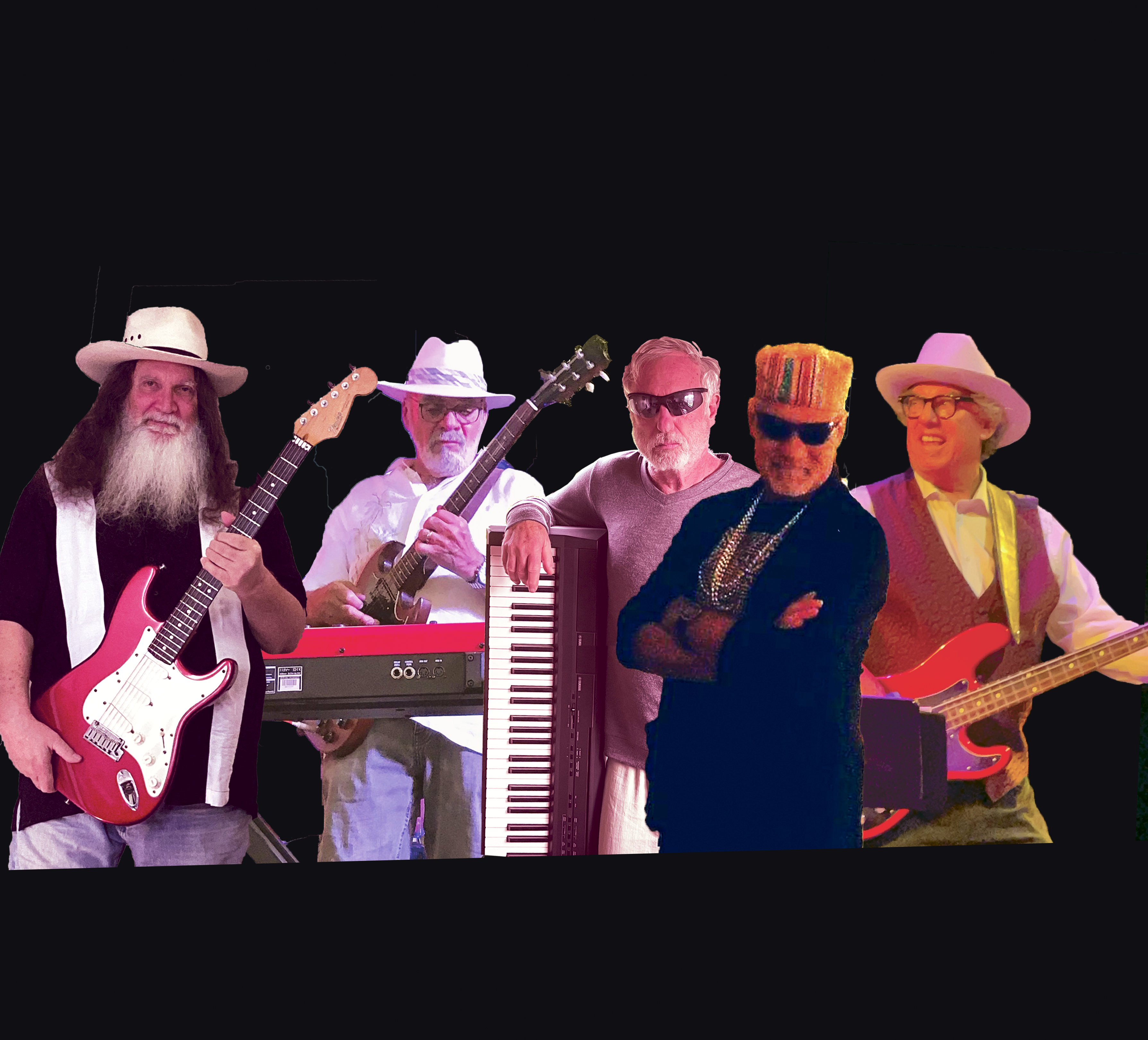 Fat Tuesday is a legendary New Orleans Funk band first assembled in Santa Barbara in 1980 after Big Chief Mark spent 6 months living in New Orleans and came back fired up and raring to go. The band gigged on the central coast for 3 years until one member moved away. In subsequent years the band got together to do reunion shows from Santa, Barbara, to San Luis Obispo, to Seattle Washington. The “Fire on the Bayou” keeps burning and after Drummie Jones took a sabbatical to the the Big Easy recently the torch was lit once again. Fat Tuesday is excited to bring a hunk of New Orleans Funk to the Siren on Feb.21st. The set list covers songs by the Meters, The Neville Brothers, Allen Toussaint, Little Feat, Dr. john, and other artists of similar persuasion. The original band members are all back from up and down the state. THey are Mark Comstock on guitars and vocals, Dave Feldman on guitar, keyboards and vocals, Drummie (Casey) Jones on percussion and vocals, Scotty K Kaufman on keyboards, harp, and vocals, Gary Sangenitto on a very solid bass, and Jeff Delisanti on Sax. Yes it is a Tuesday night, most Mardi gras happen on Tuesdays.