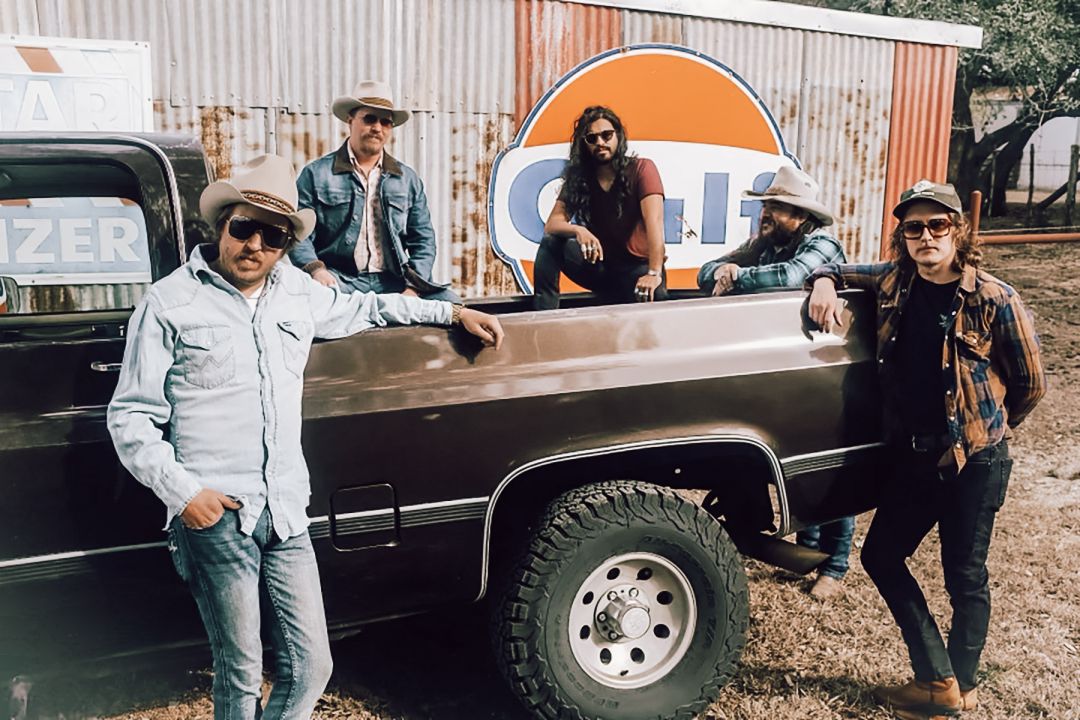 Dawning a new era of country music in Austin, Texas, the Moonpies are steamrolling their way through Texas, playing their beer soaked hipster honky-tonk in dance halls, bars and venues all across the Lone-Star state. The Moonpies are more than hometown heroes. They are big city heroes on the rise and gaining thousands of fans along the way. Their signature sound goes over with the classic country crowd as it does with the indie rock crowd. They fill the legendary Broken Spoke full of two stepping’ South Austin swingers, and have built their own legendary Thursday night residency at the White Horse in East Austin, hipster haven, which attracts fans of all ages and backgrounds.

Sure they may stumble out of their RV at 2 pm with an empty bottle of Jack Daniels falling out of the van door and on to the hard pavement, but they don’t stop. Just 2 years ago they were playing to Monday nights at the Hole in the Wall to 75 people. Now the Moonpies are slinging across the Texas sky with no reservations and taking no prisoners, only groupies, whiskey, sweat and hipster honky-tonk. Their Thursday night shows at the White Horse are more like an entourage of 200 people, young and old, that can’t get enough of their Moonpie drug until 2.AM.

October of 2012, the Moonpies followed up their 2010 debut “the Real Country”, and their much applauded Daytrotter “Barnstormer” tours, with the sophomore LP, “The Hard Way”. Check out the video for the first single “Sunday” on YouTube and watch them test their acting skills. As with each show, deeply sentimental front-man, Mike Harmeier commands his two-stepping crowd with every song as he growls and drawls his way through the high energy set. The guitar playing of Catlin Rutherford (who is often caught on stage with a cigarette between his lips) echoes a young Buddy Miller, but he commands the instrument the way a hunter commands his rifle. Zachary Moulton is a tattooed vision of toughness on the pedal steel, and bass player Preston Rhone roots the band with his Rick Danko like presence and guitar riffs.

A typical Moonpies set would include nearly every song off each of their debut albums. But don’t forget this band can down a set ‘70s classics for 4 hours like it’s a bottle of Jack Daniels. You want George Strait songs??…they know them all. Bob Seger, Willie Nelson, Doug Sahm, Gary Stewart and more are mixed in for good measure. They are the house band for the Last Waltz at Club Deville every Thanksgiving. As the Austin Chronicle said “they have been ruling the roost for several years now” in the Austin Honky-tonk scene and are starting to do so in other parts of the country after a much buzzed about SXSW 2013 run of shows.