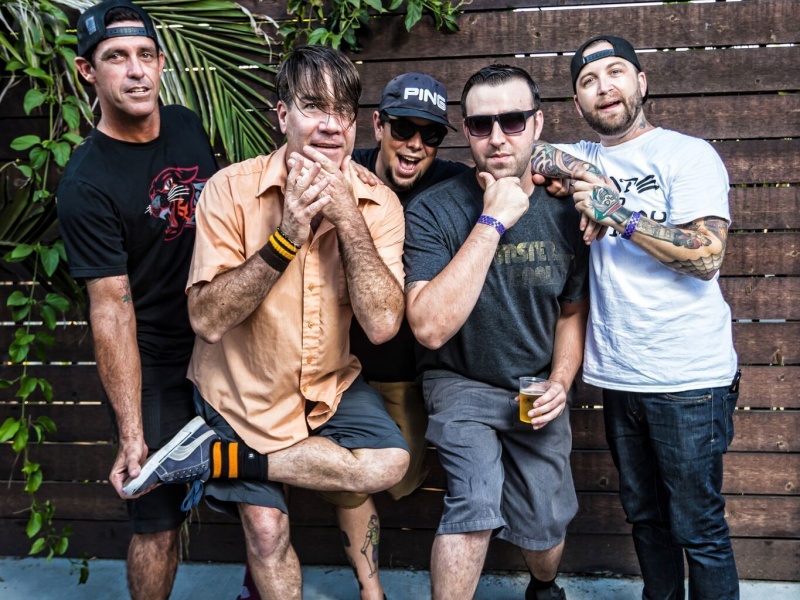 “I can’t even go to a show anymore. It’s like going to church group!” complains Guttermouth front man Mark Adkins. “Kids don’t party and drink and have fun and chuck bottles in the parking lot anymore. Their parents just pick them up and drop them off. For lack of a better term, it’s gay.”

Before you call the Political Correct police with reports of homophobia, realize that Adkins and Guttermouth have been wracking up violations of the PC code for well over a decade now. Third-grade synonyms for “stupid” aside, he and his band aren’t letting up on their latest, Eat Your Face. After all, the punk smartasses feature an ode about killing an annoying neighbor’s infant (“My Neighbor’s Baby”) and a very non-ironic (sorry hipsters) use of the hot-dog-as-penis metaphor (“Hot Dog to the Head”) on Eat Your Face. The kinder, gentler and more socially responsible punk rock of the new millennium? Guttermouth says you can stuff that notion, along with your trendy, asymmetrical hairdos. Once again, the band reminds us that before there were shopping 0-malls pushing punk fashions and the style was a major-label cash cow, it was about pissing off as many people as possible, maybe even you included.

Along the way, the band also nails trendy punks (“The Next Faux Moheekon”), the hype that surrounds certain election-year punk rock politicizing (“Party of 2”) and goofy newbie surfers (“Surf’s Up Asshole”). Of course, every band has a couple favorite muses. For Nirvana, it was heroin and Courtney’s pasty thighs. For Guttermouth, it’s beer and hard liquor, both of which inspired a handful of party-punk tracks (“NRAAA,” “Wasted Lives” and “Second DUI”).