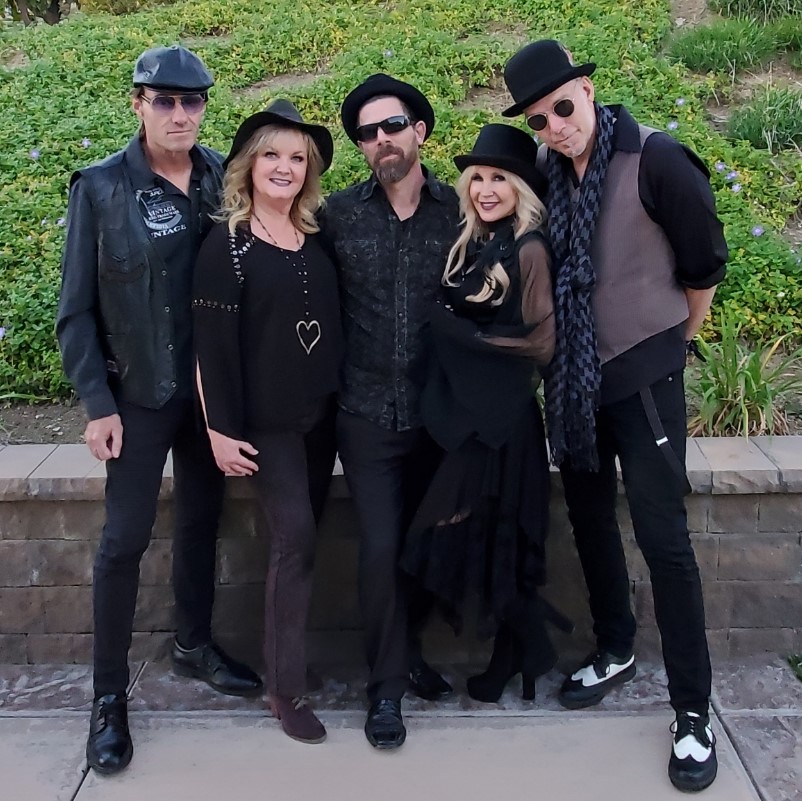 Stevie Nicks Illusion has been referred to as the most authentic sounding tribute to Fleetwood Mac to date!  The haunting vocals and performance of Diana Grace are “Spot On” as Stevie Nicks from the early years of the 1970’s, and Monty Sommer recreates Lindsey Buckingham’s vocals and unique and intricate guitar work to sheer perfection! World Class musicianship combined with the chemistry and performance of all five band members is pure magic and all with no tracks!  Laurie Richardson captures the essence of Christine McVie in voice, as well as on keyboards. The band showcases the Best of Fleetwood Mac plus specially selected songs from Stevie Nicks’ solo career.  Dave Christensen is superb as Mick Fleetwood on drums and style, and Jeff Bennett on bass rounds out the group with his solid rock groove as John McVie! The shows are exciting as well as intimate, as they connect with the audience and engage with them in what can only be described as a magical shared musical experience!

Doors open at 7pm 21+  **(The venue will be closed from 6pm to 7pm to complete soundcheck and prepare the venue for the show) Doors open at 7pm sharp, no early entry for souncheck!  Show starts at 8pm. All tickets are general admission unless otherwise stated. The Siren is a small, intimate club style venue and seating is extremely limited on a first come first served basis after doors open and is dictated by estimated show sales. IT IS NOT A FULLY SEATED VENUE ON SELLOUT SHOWS. Food is still served during concerts and we have a patio with seating for food service. We appreciate you supporting live music at the Siren!