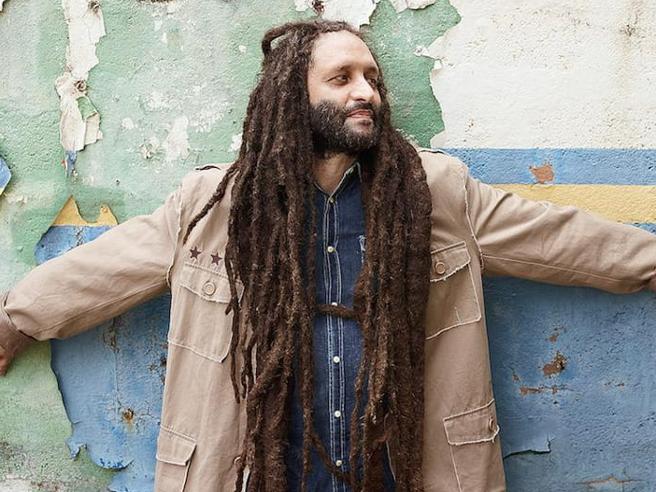 Sicilian reggae artist Alborosie refers to himself as the Italian Reggae Ambassador, building on a lifelong love of roots reggae and slowly becoming one of the more unlikely dancehall and reggae stars in Jamaica. Growing up playing in reggae bands in Italy, he eventually relocated to Kingston when it was time to start a solo career in the early 2000s. After the release of his 2008 debut, Soul Pirate, Alborosie took the fast track with his music, releasing albums prolifically over the next decade and even working with members of Bob Marley‘s legendary backing band the Wailers on his 2018 LP Unbreakable: Alborosie Meets the Wailers United. After a dub set, he returned with 2021’s For the Culture.

Singer, songwriter, DJ, producer, and multi-instrumentalist Alborosie was born Alberto D’Ascola in Marsala, Sicily on July 4, 1977. The son of a retired police officer, Alborosie taught himself to play guitar, bass, drums, and piano. By 1993, when he was just 15, he was playing in the Italian reggae band Reggae National Tickets, billing himself as Stena. In 2001, he decided to leave the group for a solo career, and moved to Jamaica to be closer to the musical culture that had so inspired him. It wasn’t an easy move, and the singer even got his moniker by affixing the “Al” from his name to the derogatory Jamaican term “Borosie,” a sharper reading of “jerk” that got thrown at him a lot early on in his new home of Kingston. He began work as a sound engineer and producer, participating in projects by artists like Ky-Mani Marley, while still continuing to work and develop his own material.