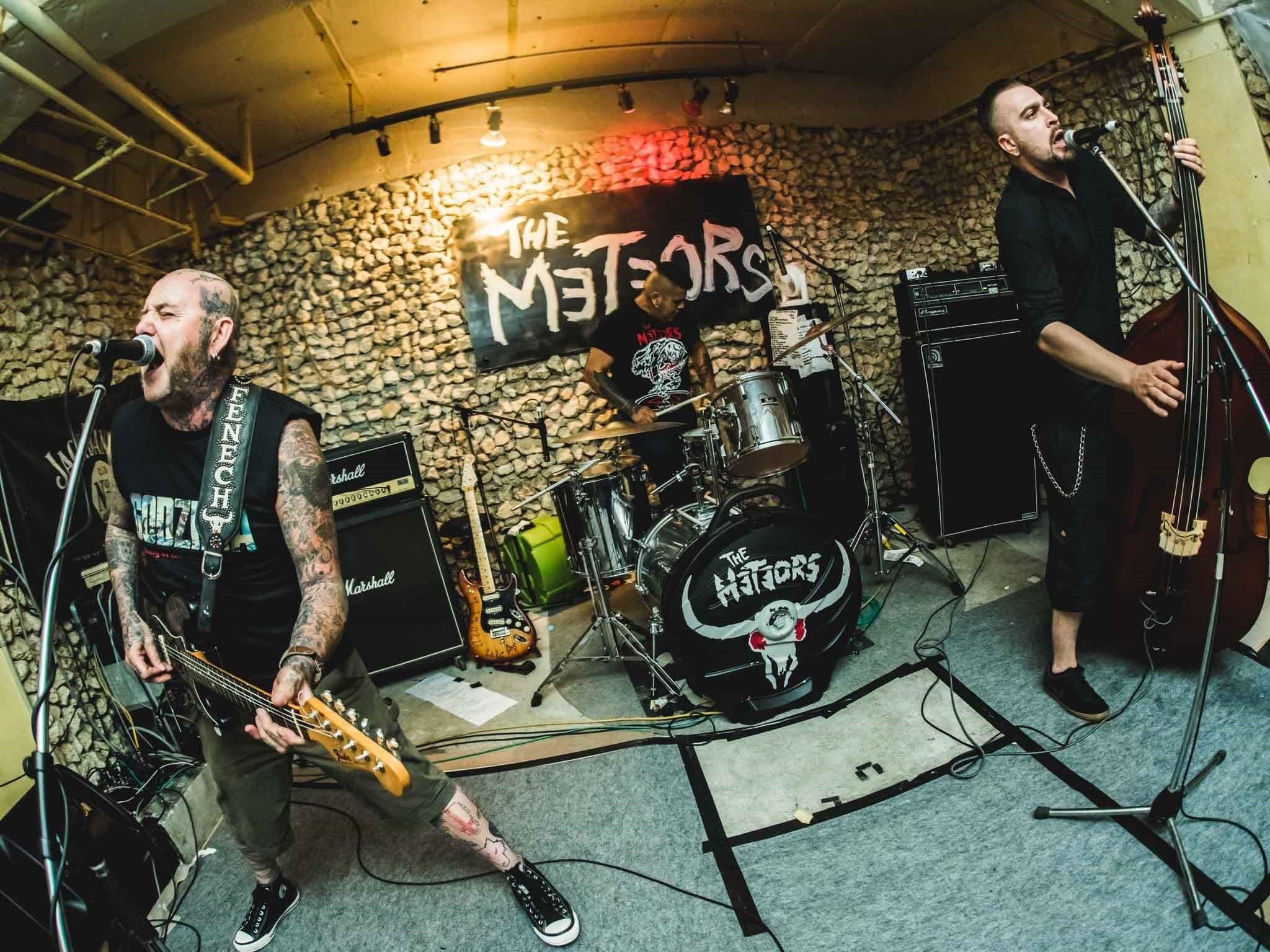 Punk and Psychobilly legends, The Meteors make their Siren debut this March for a high energy rock show featuring all their hits! Local surf punkers Murder Hornets open the show!

The Meteors started forty-five years ago as a reaction against the soft rockabilly that was popular at that time. The y have now evolved to become the acknowledged “Kings of Psychobilly”/

Their audience has continually expanded, and includes not just psychobillies, but everybody from rockabillies and punks, to bikers, and most alternatives. They are the original creators of Psychobilly Music, and although they have spawned hundreds of imitations, THE METEORS are proud to be the only pure Psychobilly band ever. Their songs are inspired by their personal experiences and interests.

Their live show is wild and addictive, (they have done it over thousands of times in fact this year passing their four thousand five hundredth) and has been seen in just about every country in the world, including Japan, several tours of America, and every major city in Europe and Scandinavia even spending a sell out week in Israel, Everybody is welcome at THE METEORS show.