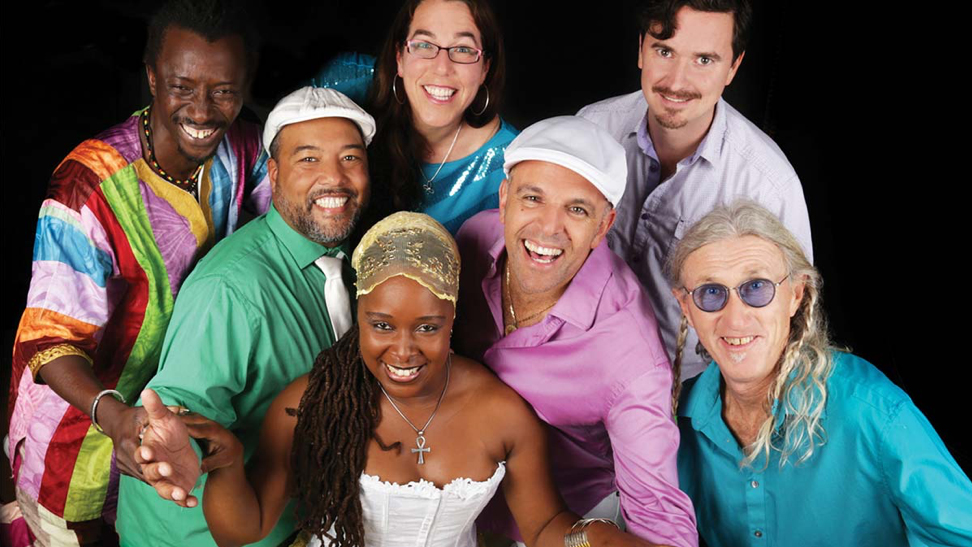 -Doors open at 7:30pm (21+) Seating and tables are limited and on a first come first serve basis. This is a dance party show not a seated affair! Food served during the show until 11pm. Tickets available in advance online by clicking HERE.

While Brazilian natives Papiba Godinho and Dandha da Hora bring their profound knowledge and respect for the roots of afro-brazilian song and dance, the entire band has developed a type of samba-reggae-funk with a universal appeal. SambaDá musically unites the Americas, drawing from percussion based styles of South and Central America, and blends it with that good old funk and reggae back beat so familiar to crowds of North America.

For almost 20 years, SambaDá has been mixing contemporary sounds with the roots of brazilian culture. Papiba is a master of Capoeira, an Afro Brazilian martial art form created by Brazilian slaves, which draws on music and acrobatic movements. Dandha was born into the rich Afro Brazilian traditions of Salvador, Bahia and the Carnival Group Ile Aiye, and started her dancing career at age 6. Ile Aiye has been in the forefront of Civil Rights in Brazil, promoting equality and justice, and is widely recognized as the first Afro Brazilian BLOCO or group to perform in Brazil’s notorious Carnival celebrations.
The other members of SambaDá come from a wide range of styles, generations and sensibilities. What unites this band from such diverse backgrounds is a magic that can be felt by both the band and the audience. SambaDá brings joy to each performance, and keeps their fans asking for more!!