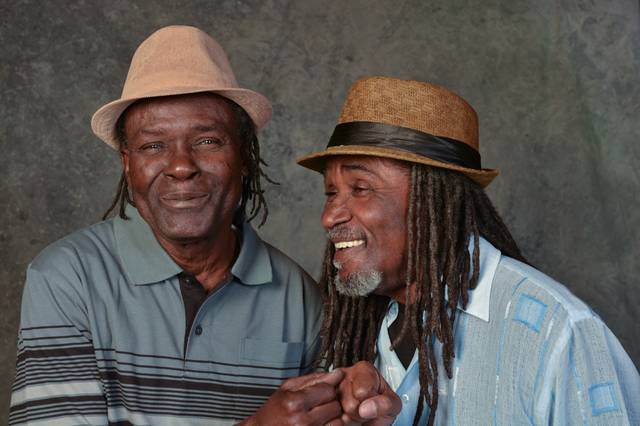 THIS SHOW IS SOLD OUT!

3 time Grammy nominees, Wailing Souls make their Siren debut for a funky, roots reggae show on a Friday night. Catch these legends while you still can!

The Wailing Souls are a Jamaican reggae vocal group whose origins date back to the 1960s. The group has undergone several line-up changes over the years with Winston “Pipe” Matthews and Lloyd “Bread” McDonald the only constant members. They have been nominated for Grammy Awards three times.
Consistently active since 1968, the Wailing Souls are the consummate roots reggae band, evolving into a more and more foundational force as the years went on. The Wailing Souls grew alongside Jamaican music, beginning with the rise of ska in the early ’60s, standing alongside peers like the Wailers in the ’70s and ’80s heyday of reggae, and continuing to be an immensely popular live act through various changes of the face of reggae culture. They continued to record and perform into new generations, still exploring new approaches to roots reggae on albums like 2020’s Back a Yard.
Devin Morrison aka Man-Like-Devin is a songwriter, guitarist and collector of Jamaican music born and raised in Los Angeles, CA. In 1999 he co-founded Los Angeles roots-reggae group The Expanders. They spent the next decade playing in and around the L.A. area as part of the city’s then-thriving ska, rocksteady and early reggae scene. During that time they also performed throughout California as the backing band for many of their Jamaican musical heroes including Alton Ellis, Leonard Dillon of The Ethiopians, The Wailing Souls, The Maytones, Pat Kelly, Roy Shirley, Stranger Cole, Prince Jazzbo, Willi Williams, The Cables, and Winston Jarrett.
+ Google Calendar+ iCal Export