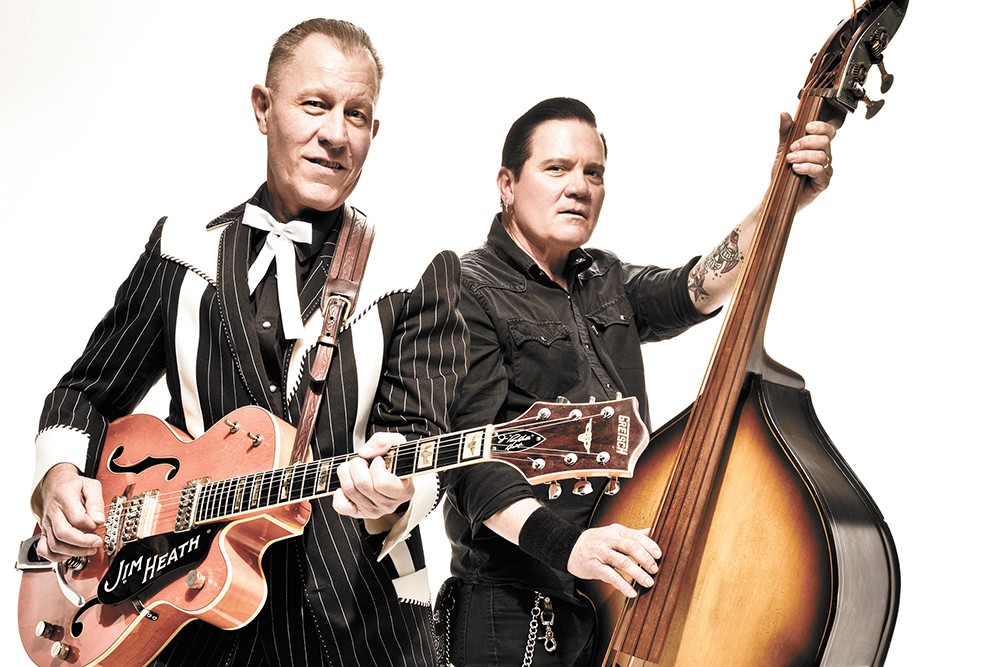 Reverend Horton Heat along with The Surfrajettes

The Reverend Horton Heat is Jim Heath’s psychobilly trio, hailing from Dallas, Texas, US, with Heath considered the godfather of modern rockabilly and psychobilly.

The Reverend Horton Heat are undoubtedly one of the most popular rockabilly and psycobilly bands, helping to popularise the genre after The Cramps first brought it into the fore. His wild showmanship, wicked sense of humor and tales of debauchery and excess make Jim Heath and his band exciting and entertaining, helping to explain their loyal and enthusiastic fan base.

The Surfrajettes return to Morro Bay!! They are a four-piece instrumental combo from Toronto, ON, Canada. Since forming in late 2015, the band has charmed audiences with their clever mix of psychedelic rock and reverb-drenched surf music, sky-high beehives, go-go boots, and eyeliner as thick as their guitar strings. Vintage surf at it’s best!