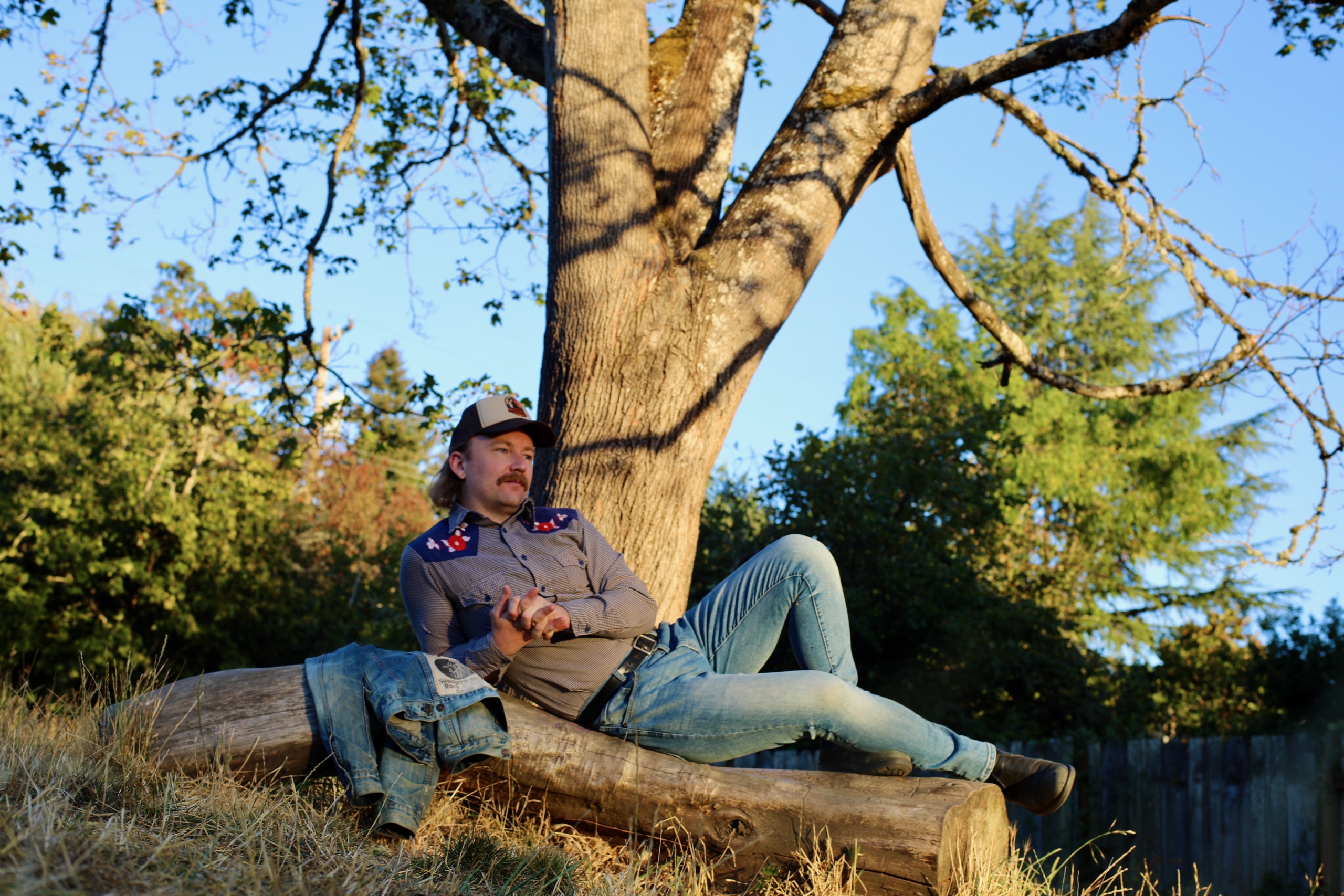 Oregon’s Nick Gamer writes dark, cinematic Americana songs that sound equally at home in the western cosmos of Lucinda Williams and The Byrd’s Sweetheart of the Rodeo. A former guitarist for Japanese Breakfast and front man of Le Rev, he has traded indie pop hooks for the high lonesome wail of the pedal steel. His songs are a paean to the ashes of youth and the grim smile of moving on, conjuring the times feelings of isolation and dark nostalgic yearning without ever addressing the headlines directly. Gamer is currently touring his debut solo album, Suburban Cowboy, where honky tonks, midnight angels, truck stops and bourbon loom large. It’s the kind of nod to Gram and Emmylou you wished you heard more of while digging its heels firmly in the present. ‘

Johanna Rose is a multi-instrumentalist, singer, songwriter, and audio engineer born and raised in Milwaukee, WI. Their songs are deeply personal, unashamed, confessions put to an impressive array of instrumentation. Johanna resides in an off-grid treehouse they built themselves in the North East Kingdom of Vermont where they perform solo and with the VT based femme-led trio, Lavendula. Johanna spent the last decade playing upright bass, singing and songwriting in various bands in Milwaukee and Portland, OR, notably, The Calamity Janes and the Fratney Street Band, RuthB8r Ginsberg, New Boyz Club, and the renowned duo, Nickel&Rose, with whom Johanna spent the four years leading up to the pandemic touring internationally.