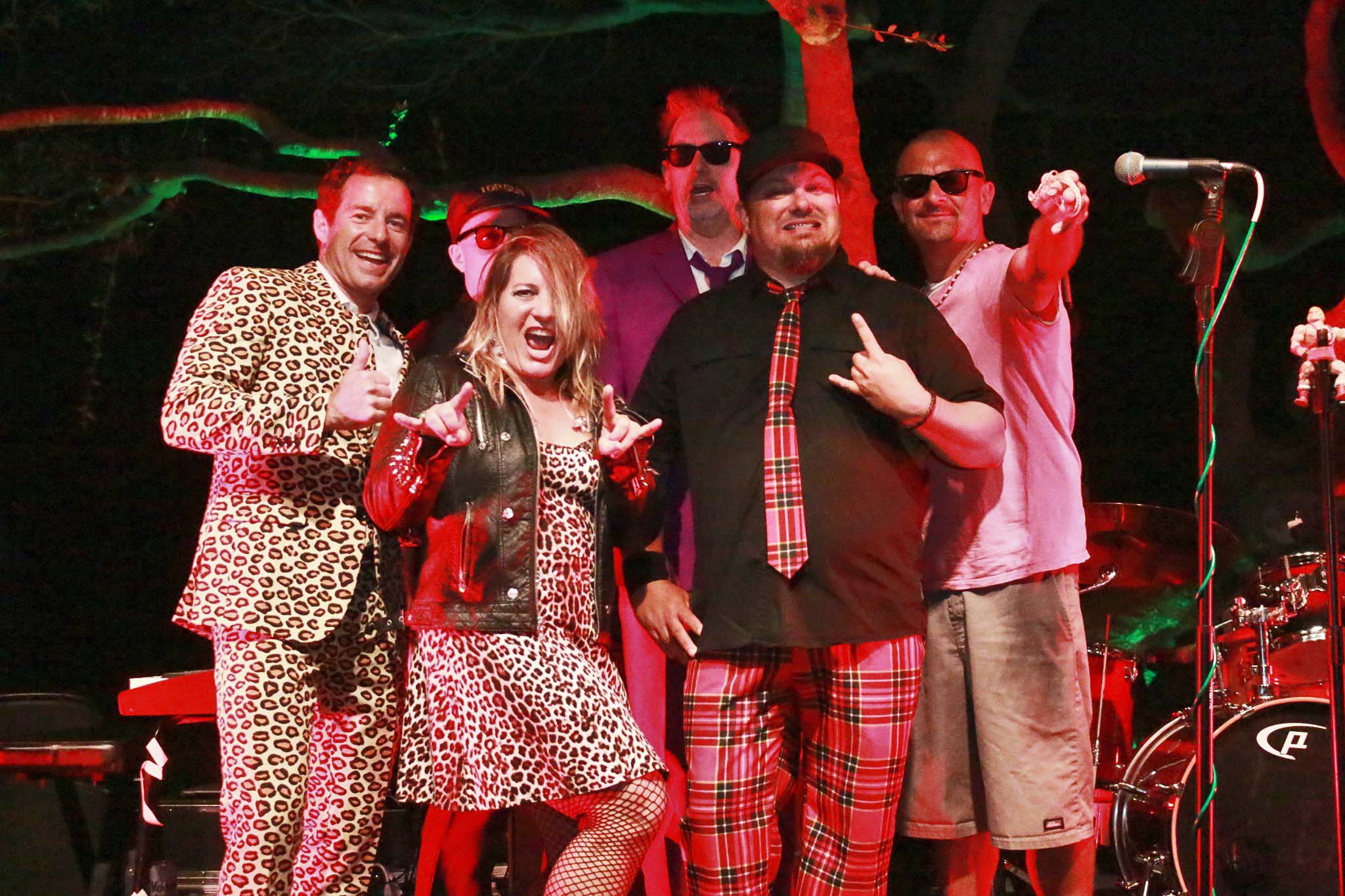 The Molly Ringwald Project is a group of diverse musicians who all came together for their love of the 80’s era and its music. Since October of 2012, TMRP has taken the Central Coast Tri-Counties music scene by storm. They are sought out by every club and venue in the area and have had a fully booked schedule since they started. The formula is based on the fact that 80s music appeals to fans from 18 to 70, and the faces in each of their crowds show it. TMRP focuses on playing fun, danceable songs that everyone will dance and sing along to, while delivering one of the highest energy shows around. When you get the chance to come see a show, don’t miss out, the band, the songs, and the rad vibe will take the worst mood ever and transform it into smiling and singing and looking forward to more.