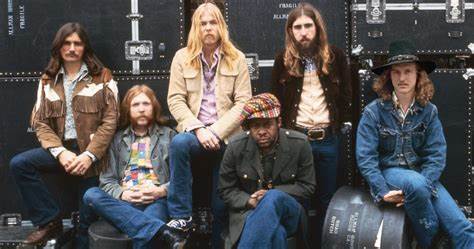 Join us for a night of tribute for two of the most amazing southern rock and blues artists of all time! The Doobie Brothers & Allman Brothers outdoors at sunset at our scenic El Chorro location right at Dairy Creek Golf Course across from Cuesta College on HWY 1! Feel free to bring low back chairs to place in the back of the concert area! (we need some room to dance up front!) No outside food/bev allowed.

These guys are coming off a PACKED show at the Siren in Morro Bay last summer; Influenced by the Allman Brothers Band, drummer Dan Jimenez brought together the Midnight Rider Band consisting great musicians with over 30 years of experience and passion for classic rock.

Formed in the Southern California music scene, China Grove is a Doobie Brothers tribute band that has earned the title of being one of the most respected tribute bands in the industry. The band is composed of talented and versatile musicians that have worked with such artists as, Rick Springfield, Three Dog Night, Dave Mason, John Farnham, Tiffany, New Kids on the Block, New Edition, David Foster, and Quincy Jones. In addition to their duties as sidemen, the band members are well known for their studio work on numerous albums and movie soundtracks.

China Grove’s musical prowess and strong vocals capture the heart and soul of the Doobie Brothers by combing rock, country, R&B, jazz, and folk/Americana. Listening to the music of China Grove will be an evening of fun and enjoyment as the band takes you through a musical journey by performing the most famous of Doobie Brothers songs.