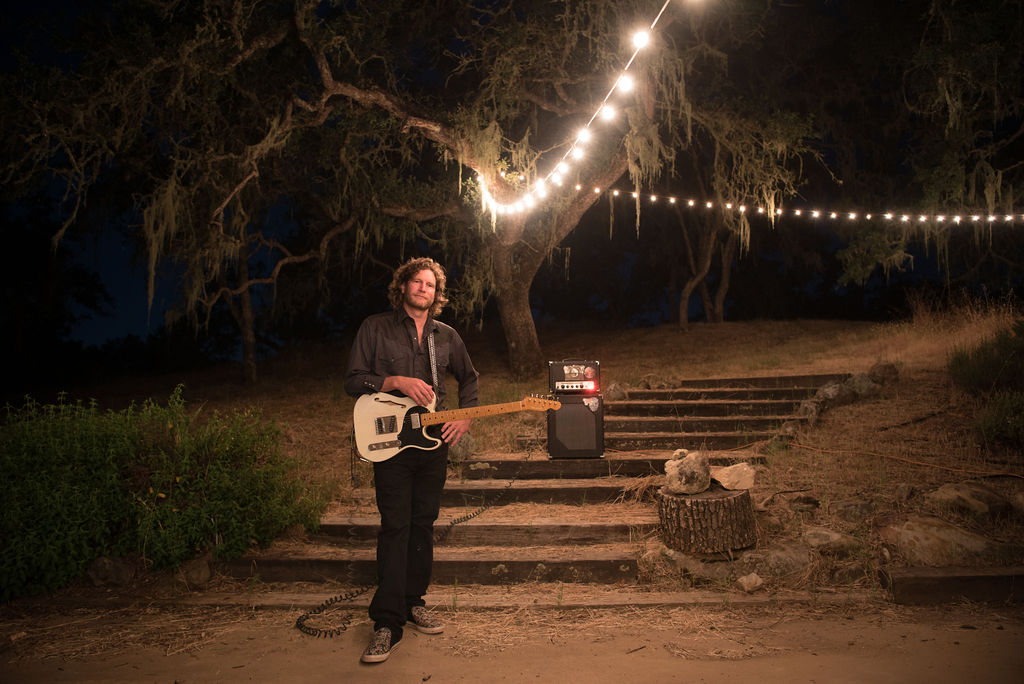 Mark Adams is either a musical winemaker or a winemaking musician depending on who you ask. He was raised on the Central Coast of California, where he returned after stints in Northern and Southern California to farm grapes, make wine and play music in and around his hometown of Templeton. His recordings enjoy national airplay and have accompanied numerous films and television shows. His latest release “Loaded with Lefty: A Tribute to Lefty Frizzell”, was produced and recorded with his friend Tim Bluhm (Mother Hips, Nicki Bluhm and the Gramblers) at Tim’s House in Fairfax California. Adams lives and works on the ranch where he grew up, along with his wife Ciera and their daughter, where they grow grapes, welcome friends and host concerts from time to time.