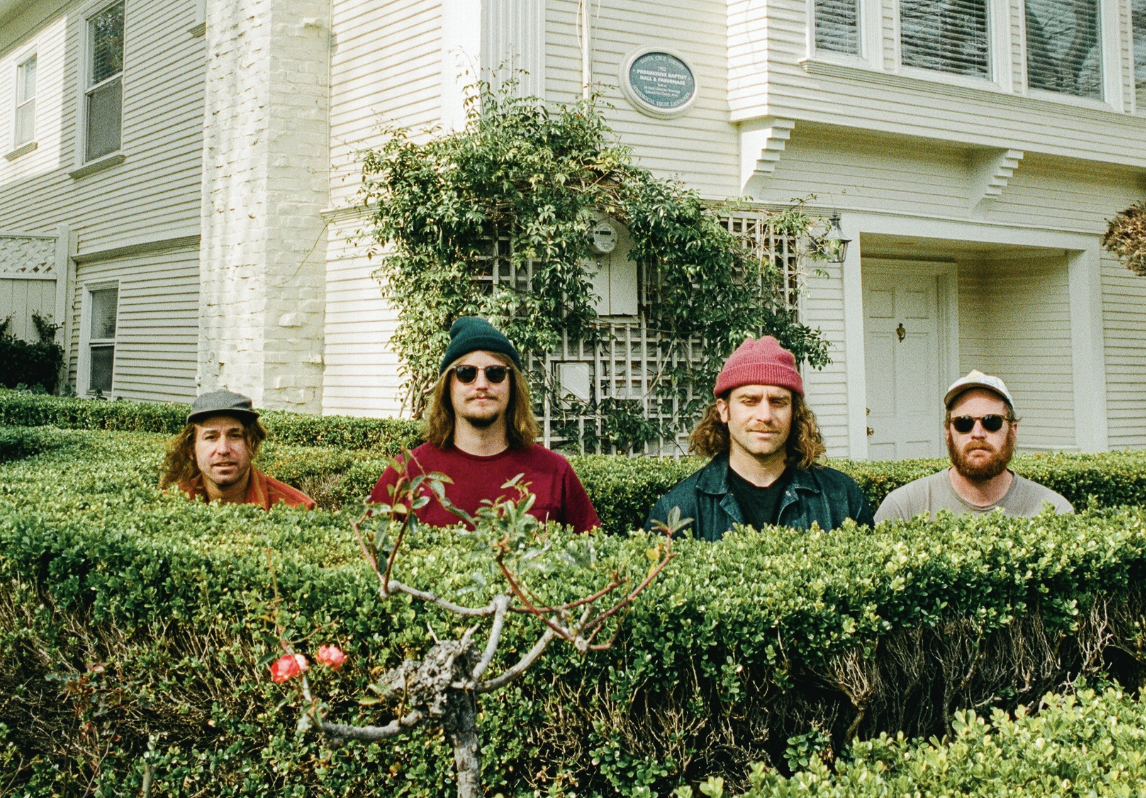 Dreamy surf pop sounds born from the mountains of Santa Cruise and raised at the beached of the central coast.

Until now it was easy for California based songwriter Joe Kaplow to be pushed along. At eight he was getting screamed at by Uncle Jim for playing out of time. A few years later found him passing almost every single after school evening getting stoned and jamming with his band in Bondar’s basement. Years later again he was studying music at college and having to sink or swim in the sea of talent crowding Boston streets and finally, for the past 5 years, plugging his amp into the outlet of American music heritage, driving around and playing shows in bars, clubs, and coffee shops while figuring out along the way that CDs are lame and that booking pitches should be concise. It was almost like there wasn’t time to stop and think.

Recently, it seems like all he does is think. When all the momentum, all the plans, all the validation, all the adventure, and all the money just stop; when the pushing stops, one may find themselves asking, “Why am I doing this?” An underdog without an over-dog is just a dog.

Kaplow describes music as his “currency for life. We all have something, or a few things that we do, we work at, we commit to and that’s how we pay for our time here. It’s like life is a Ferris wheel at the county fair. You can’t just ride all night. Every 4 times around you have to stop at the bottom and pay for another half hour or whatever.”

When faced with the question, “Why am I doing this?” Kaplow answered, “because this is how I feel best paying for my time.”

The title of his second full length album, Sending Money and Stems, is not just a reference to life currency, but also a description of how the album came to be. “Normally I would have flown up to Portland and sat in the room with Mike (Coykendall) as he mixed, but because of covid I had to email him stems (raw audio files) and we would go back and forth a few times until we got it right. When one song was done, I’d text him and be like ‘Ok man, next song coming up; sending money and stems!'”

There’s always new challenges for a working musician. Thank God for the internet? But, Joe Kaplow will figure it out, just like he figured out figure-8 mic placement or how to use index pages on Squarespace. He’ll keep figuring things out because that’s how you keep going. He’s pretty sure he likes making music. He wants to ride the Ferris wheel all night.

Laith, known by some as Hutch, hails from the suburban hurricane of Houston, Texas. Laith’s music is soaked with memories of Grandma and Grandpa’s bayou house, rides on a red vintage lawn mower packed with cousins, and smoky, music filled bars that a 16 year old has no place being. Which is exactly where Laith found himself as a youngling. Torn between playing music on Sunday’s at church (where he learned to play guitar and sing) and performing in grimy dives, creates a tension in his songwriting that sits somewhere between the altar and the barstool. Ain’t no religion here anymore, just songs. Worth noting: “A song is a room, no matter how happy or sad”. – John H. Laith now resides in the Pacific Northwest lugging used up notebooks and loose scraps of paper scratched with the lyrics of new songs, not yet learned. You can always look forward to hearing something new and something honest when you’re listening to Laith.