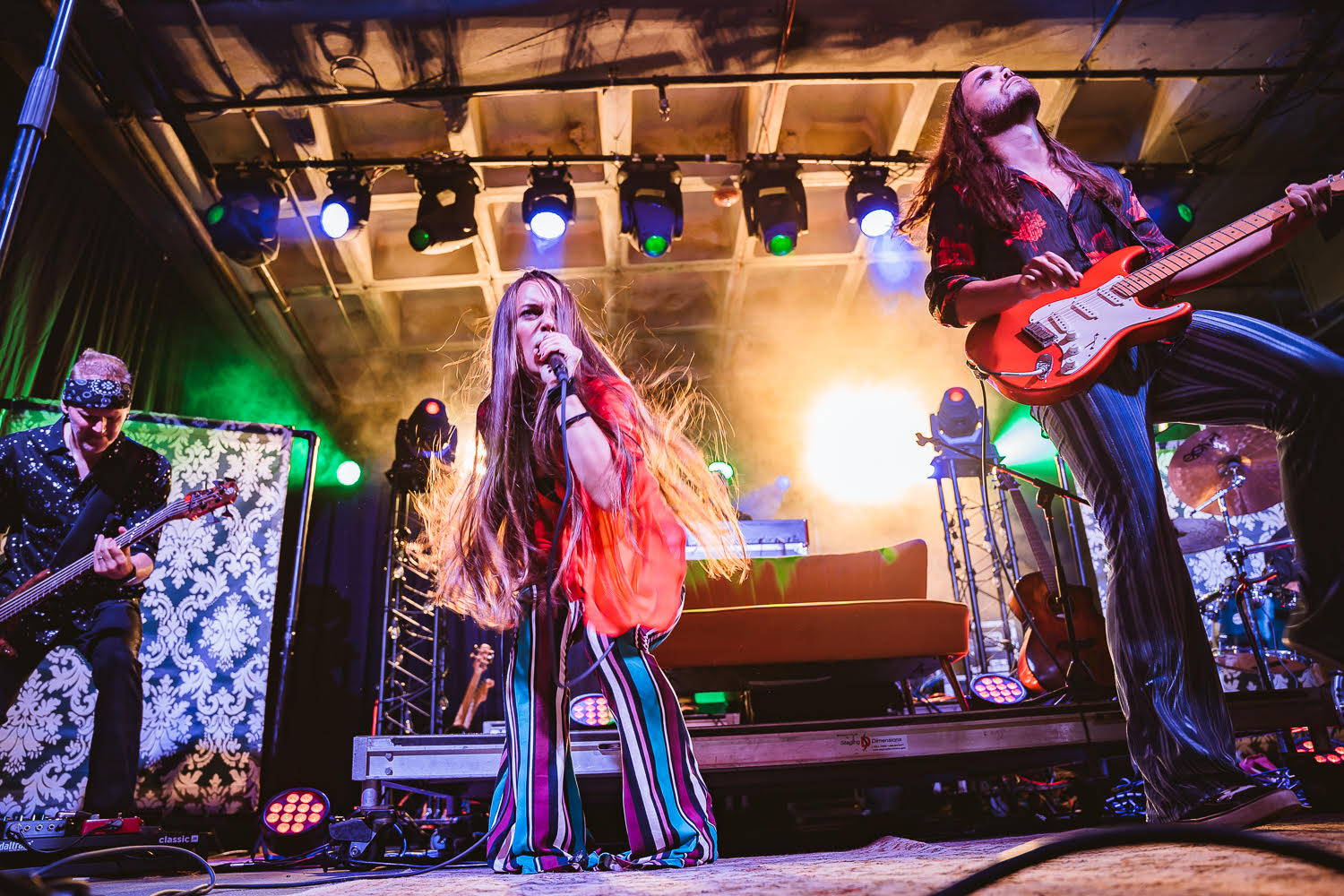 “The Arndts sound like they were raised on 60’s rock records, and would enjoy having a drink with the ghost of Janis Joplin.”

Jocelyn & Chris and their band have charted four consecutive commercial radio singles in the Billboard AAA Top 40, taken two records to #1 on the Relix Jambands Top 30 Album Chart, and appeared nationally on NBC’s Today Show. The siblings, both recent graduates of Harvard University, have balanced college with performances coast to coast and recording eight records featuring special guests including Cory Wong (Vulfpeck), G. Love, Byron Isaacs (Lumineers), and Gov’t Mule’s Danny Louis. “Sugar and Spice,” the first single from their upcoming album “Favorite Ghosts” released in July 2021, was lauded by American Songwriter as “pure American rock goodness” and was a Most Added US Radio Single for three consecutive weeks.

Jocelyn & Chris have never written a song without each other. Their dream has always been shared, progressing from small-town garage-band beginnings to stages coast to coast while both also graduated from Harvard University (Yep, that Harvard). As indie artists, their approach is equal parts raw talent, irrefutable ambition, and genuine heart. Onstage, they’re dominating. Off, they’re delightful. Always, they’re family. With Favorite Ghosts, a powerful, undeniable set of songs, their joy for their art carries them forward once again, into a new chapter. Let it rain, let it pour. These two will continue to chase the thunder.