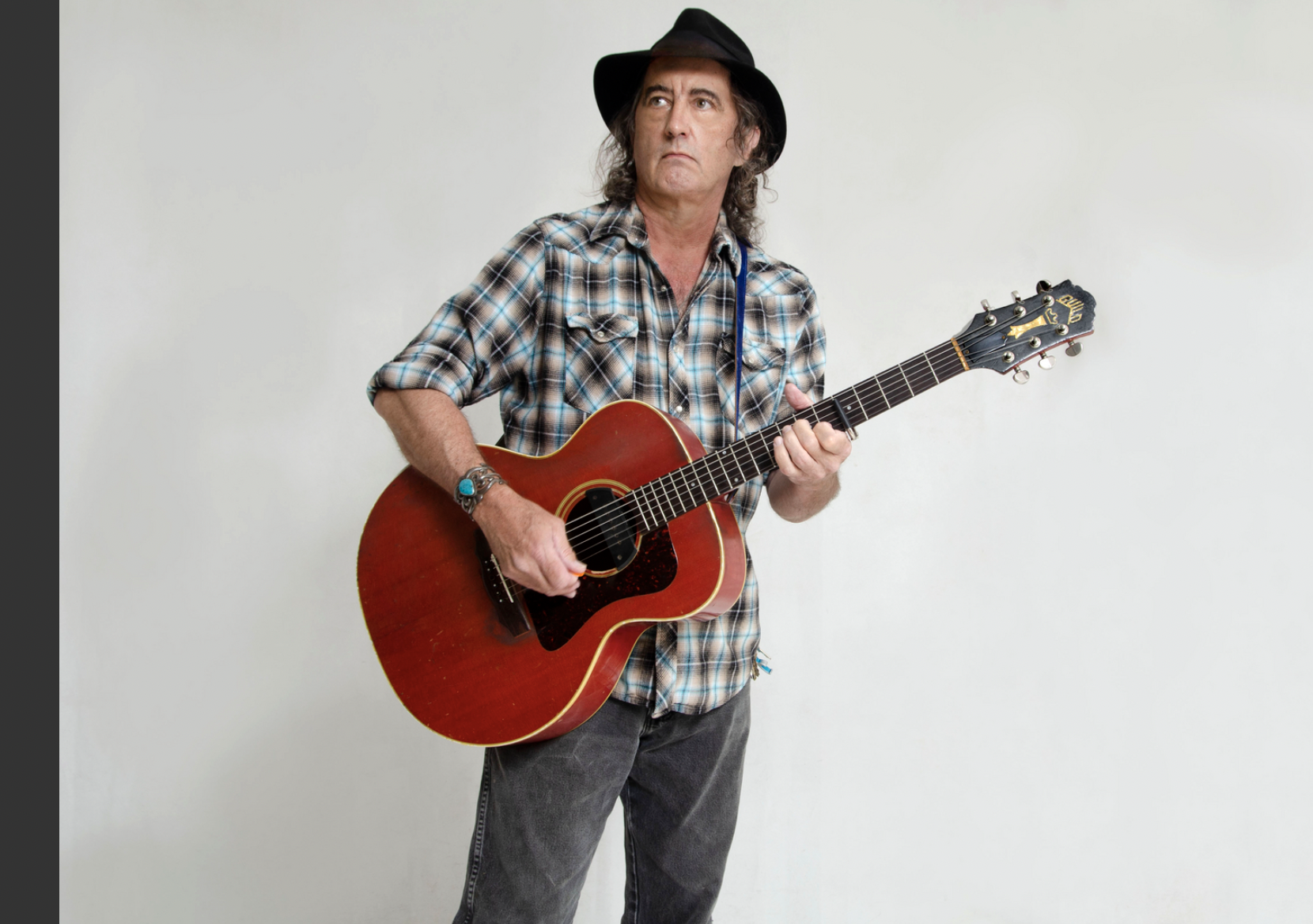 Doors open at 7pm, show at 7pm. This is a general admission, non reserved seated small club venue. Unfortunately it is not a seated show, although there is limited first come first served seating toward the back of the room for those who cannot stand for the show. It’s a small room so stage visibility is good in most spots and it’s streamed live on all TV’s.

“Back before Napster and Spotify, we toured to promote record sales. Now we make records to promote tour dates.”

His lauded storytelling — check out songs such as “Operation Never Mind” and “Ft. Walton Wake-Up Call” on The Horse and the Hounds— consistently has turned heads for decades now. “James writes like he’s lived a lifetime,” said John Mellencamp back in 1989, when Too Long in the Wasteland hit the Billboard 200. “James McMurtry is one of my very few favorite songwriters on Earth and these days he’s working at the top of his game,” says Americana all-star Jason Isbell. “He has that rare gift of being able to make a listener laugh out loud at one line and choke up at the next. I don’t think anybody writes better lyrics.” McMurtry’s albums Just Us Kids (2008) and Childish Things (2005) back the claim, each scoring endless critical praise. The former earned McMurtry his highest Billboard 200 chart position in two decades (since eclipsed by Complicated Game) and notched Americana Music Award nominations. Childish Things spent six full weeks topping the Americana Music Radio chart in 2005 and 2006, and won the Americana Music Association’s Album of the Year, with “We Can’t Make It Here” named the organization’s Song of the Year.

Other accolades include a 1996 Grammy nomination for Long Form Music Video for Where’d You Hide the Body and an American Indie Award for Best Americana Album for It Had to Happen (1997).