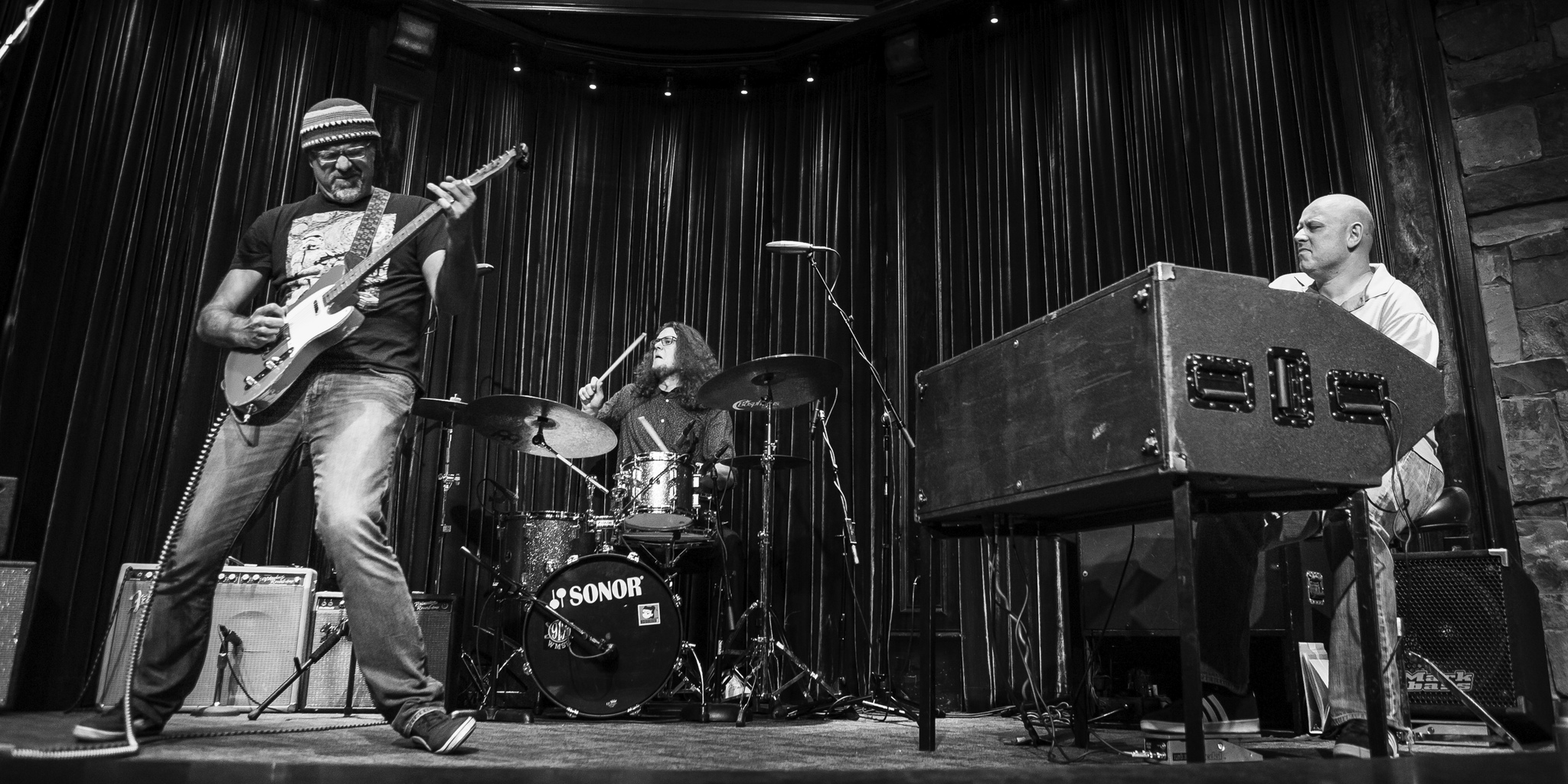 We’ve got a double dose of award winning BLUES legends in the house! Guitar shredders MUST see this show… Don’t miss out!
Greg Koch-Marshall Trio, consists of American guitarist Greg Koch, his son Dylan Koch on drums and Hammond B3 specialist Toby Lee Marshall. At the heart of this organ trio is a blues sensibility – but Koch’s compositions are an amalgam of rock, funk, jazz and country served up with heavy grooves and dynamic improvisations delivered with no small dose of humor and occasional wild abandon.
“GUITAR WORLD Names Greg One of the Best All-Star Guitar Teachers!” – GuitarWorld.com
Albert Castiglia –
Miami-raised Albert Castiglia served an apprenticeship while backing legendary blues musician Junior Wells. He later went on to work with singer Sandra Hall. Never content to allow himself to be conﬁned to any particular category, he embarked on a solo career that’s yielded many critically-acclaimed albums and consist kudos for his exceptional instrumental prowess, his searing vocals, and live performances that have dazzled audiences from coast to coast. It’s little wonder that Miami’s New Times lauded him as South Florida’s “Best Blues Guitarist” or that USA Today was inspired to remark “It’s a revelation to discover the thrilling retro-electric blues from this astonishing young guitarist.” M Music & Musicians once noted, “His back-to-basics approach follows in the footsteps of those who fostered the blues in the Mississippi Delta and the smoky late-night haunts of Chicago.” After the highly successful and critically acclaimed release of Masterpiece on Gulf Coast Records, Castiglia was nominated for two Blues Music Awards in the categories of Blues Rock Album of the Year and Blues Rock Artist of the Year and won Blues Rock Album of the Year..