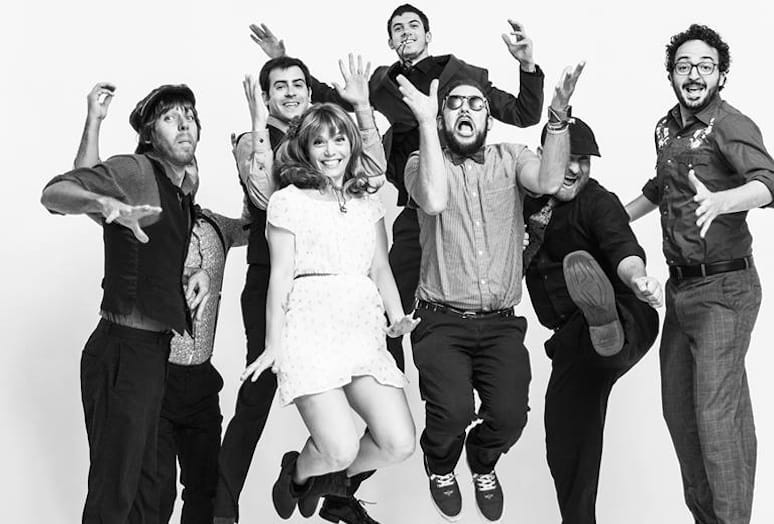 Over the past few years, The Dustbowl Revival has been making a name for itself with a vibrant mix of vintage Americana sounds. Critics have proclaimed that this eclectic eight-piece “would have sounded utterly at home within the hallowed confines of Preservation Hall in New Orleans’ French Quarter” (Los Angeles Times) and their “upbeat, old-school, All-American sonic safaris exemplify everything shows should be: hot, spontaneous, engaging and, best of all, a pleasure to hear” (L.A. Weekly). Rob Sheffield, in Rolling Stone, hailed them as a great band “whose Americana swing was so fun I went back to see them again the next day.”

Dustbowl Revival has always been about pushing the boundaries of what American roots music can be. After celebrating over a decade of sonic adventuring and playing thousands of shows together in ten countries and counting, the group collected a devoted fanbase coast-to-coast. After throwing five of their own virtual Sway-At-Home festivals during the shut-down featuring nearly forty artists, the always evolving group of string and brass players led by founding members Z. Lupetin, Josh Heffernan, Ulf Bjorlin are excited to welcome a new wave of talent to the band, after emerging from a pandemic touring hiatus.