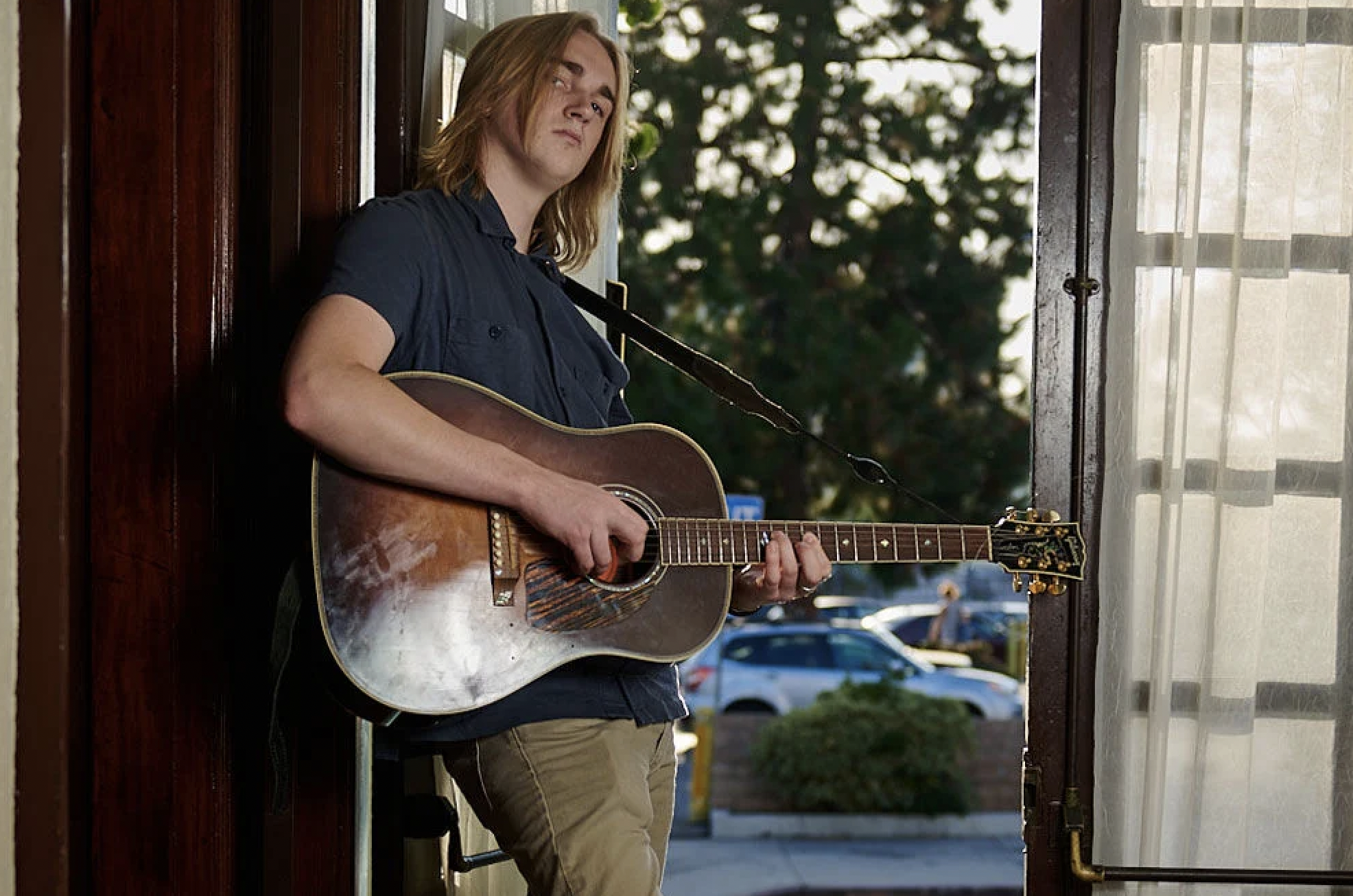 Singer-songwriter Cole Gallagher’s sound inhabits the terrain where
Americana shakes hands with Rock and Roll. The twenty-year-old
Southern Californian’s debut single “Smoking Gun” is a smoldering tale of
seduction told from the female perspective. Following on the heels is his
current and timely borderlands drama “Chatting Through Steel.” On it,
Cole trades vocals with David Hidalgo of Los Lobos, a collaboration born
out of the Grammy-winning musician’s admiration for Cole’s compelling
songwriting.
Cole has completed nearly 100 performances in Southern California and
throughout the United States in the past year. This includes a performance
on the main stage at Borderland Music Festival in Western New York in
September, 2021 and The Eclectic Festival in Southern California in
April, 2022. Cole has just recently returned from Florence, Alabama,
where he had been invited to perform with Grammy winners Jason Isbell,
Chris Tompkins and Barry Billings. Cole has performed at radio stations
throughout the country, including performances at NPR stations in
Laramie, WY., San Luis Obispo, CA and was a featured guest on
Neighborhood Nights, at renowned KPIG out of Santa Cruz, CA. This April,
the song/video for Cole’s “Chatting Through Steel” was featured and
received a rave review by the British publication Americana U.K. Cole’s
filmed performance for the YouTube program, Jam in the Van, is schedule
for release November 2022. Cole’s videos have collectively reached a
quarter million views on YouTube.