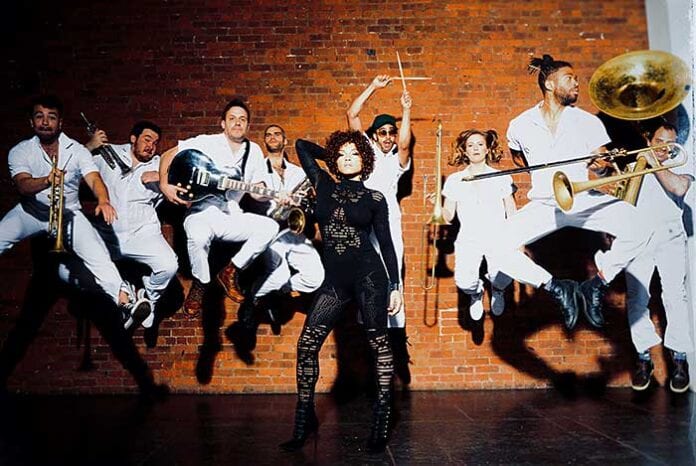 It shouldn’t work, but it does. It really works.

Brass Against are a New York collective who play covers of classic songs by Rage Against The Machine, Audoslave, Tool and others, breathing new and vibrant life into the likes of Bullet In The Head and Lateralus.

They’re no mere tribute band, as the two million YouTube views of their incendiary cover of Killing In The Name will attest. For a start, they’re led by brass instruments, with trumpets and trombones providing a ferociously powerful backing to some equally powerful vocals. And then there’s the politics. In an age when many artists sit on the fence for fear of alienating parts of their fanbase, Brass Against are avowedly political.