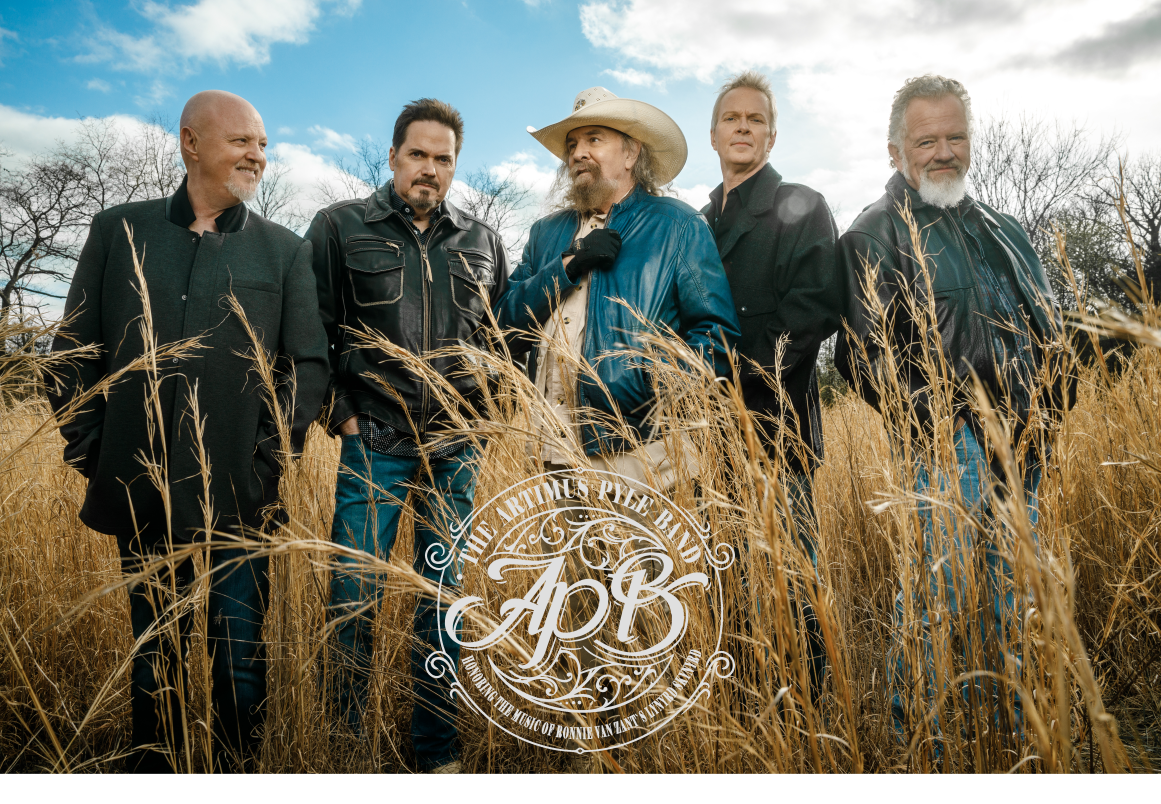 Due to unforeseen circumstances, the Artimus Pyle show has been cancelled.

More than just a “tribute” to Lynyrd Skynyrd a tribute to the man that defined it. Artimus Pyle has said ” If it wasn’t for Ronnie, no one would know my name.” Since his departure from Skynyrd in 1991 , Artimus Pyle’s career has led him down an amazing path of solo records and projects culminating into one the finest tributes to southern rock royalty. The Artimus Pyle Band is a high energy, true to the music, and true to the era rock group. One of the few that is on the road today. Artimus Pyle, Brad Durden, Jerry Lyda, Dave Fowler, and Scott Raines are not only a group of friends and contemporaries but a group with some of the most seasoned musician in the southeast.

Artimus got his first real break at the Charlie Daniels band’s Volunteer Jam. His first recording lists — Artimus Pyle, percussion. Then with other work for the Marshall Tucker Band, Artimus became known as a powerful session drummer.

Using his connections with Charlie Daniels and Marshall Tucker, both acts that toured often with Skynyrd, Artimus met with Ronnie VanZant and Ed King at Studio One in Doraville, Georgia. The results of that meeting — Saturday Night Special — greatly impressed Ronnie. Artimus’ live debut with the band took place in Jacksonville’s Sgt Pepper’s Club in October 1974. The gig, a show to raise money and awareness for Jacksonville’s food bank, was hot Everyone remembers the band walking through the front door and into a crush of people that doubled the legal occupancy of the club. Playing under the hot lights in an over-packed club with an underpowered air conditioner made for a memorable night When Bob Burns left the band permanently following Skynyrd’s first European tour in December 1974, Artimus quickly got the nod as Skynyrd’s new drummer.

The years Artimus played with Skynyrd were the years that solidified the legend behind the band. Quickly developing into one of the nation’s top touring draws with a grueling schedule of 300 shows a year, the constant work and touring paid off. By October 20, 1977, Skynyrd’s songs had become radio staples.