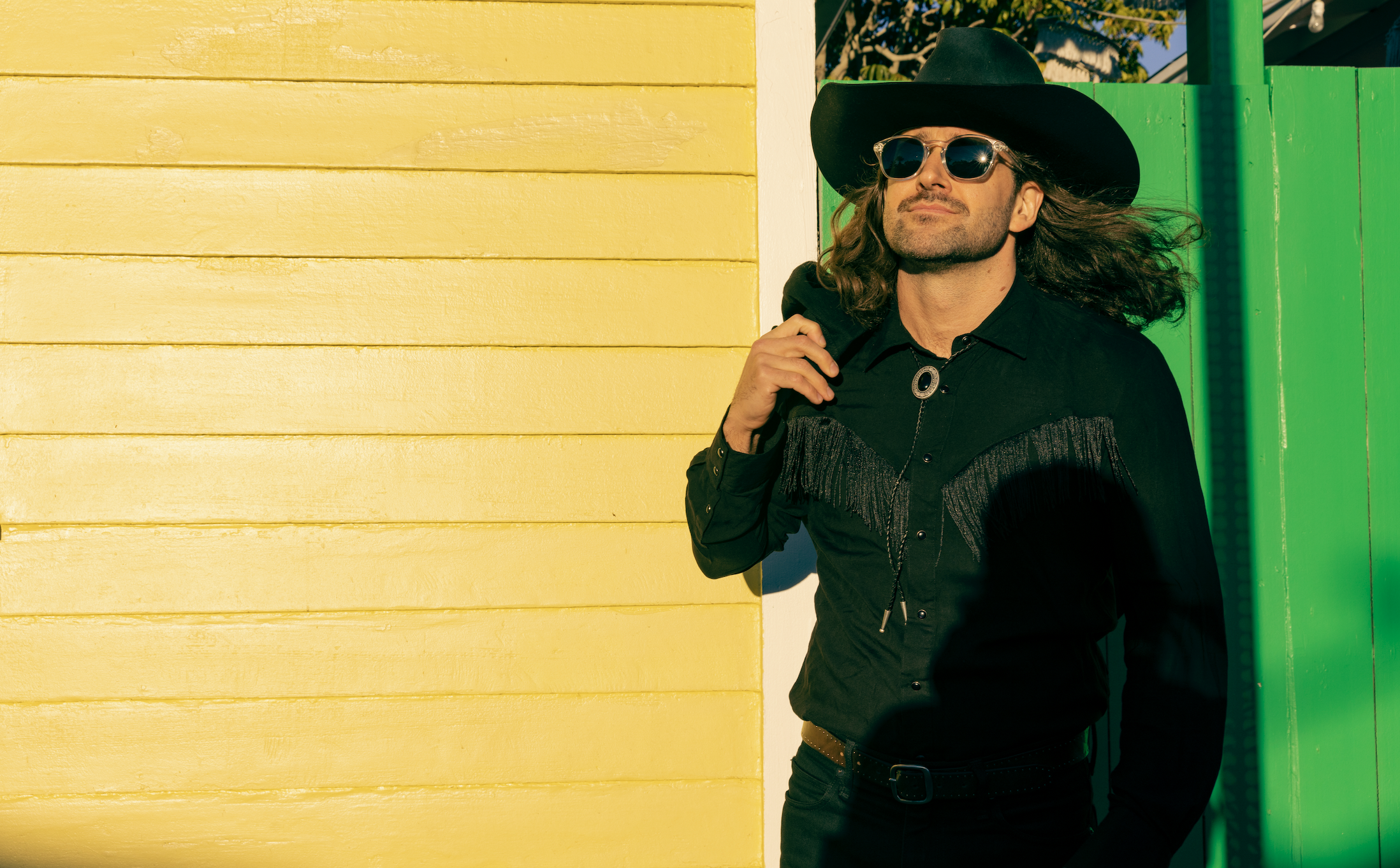 Experience molds and shapes the stories we tell. Andrew Hagar’s often unbelievable, always fascinating
life informs his smoky rock ‘n’ roll with a hint of rootsy mystique and a heavy dose of Americana-style
reality. If Nick Cave came up in Seattle circa 1990, it might sound something like this! Thus far, his
journey has twisted and turned from underground MMA fights in college and a stint as a trainer to
cutting his teeth live by sharing the stage with none other than the legendary Kris Kristofferson. After
earning acclaim courtesy of Consequence of Sound and more, all of these experiences bleed into his
2022 independent debut EP, Limited Edition Psycho.
“I’ve had an incredibly crazy and interesting life, and you can hear it in what I’m writing,” he muses. “I
pull from all of those experiences. A lot of people are just chasing pleasure. For me, it goes back to the
martial arts mentality. You continue to push yourself and grow. I’m conveying the lessons I’ve learned
through the songs.”
Andrew was quite literally born into music. As the son of Sammy Hagar, his earliest memories included
birthdays on the tour bus and dad carrying him out on stage to the roar of the crowd. However, it would
take a while for music to become his personal focal point—he had to live first. Instead, he first
gravitated to martial arts.
Inspired by Teenage Mutant Ninja Turtles, he begged mom and dad for karate classes. “It never
stopped,” he smiles. He studied Muay Thai and Brazilian jiu-jitsu at just 15-years-old. While in the middle
of college, he fought in a series of amateur fights known as “Smokers.” A knee injury, stacked class
schedule, and full-time corporate job derailed his burgeoning fight career through.
However, he never strayed too far from combat sports, covering UFC as a journalist for Sherdog and
eventually landing a job as a trainer on Werdum Fight Team in Venice Beach under former heavyweight
champion Fabricio Werdum. For the next decade, he also trained actors from television shows such as
The Americans as well as Vida Guerra and more.
Along the way, he eventually found his way back to music, teaching himself how to play on
YouTube before fronting a short lived two man punk band. Not long after, he launched a folk duo
with Kelly Kristofferson and toured Scotland with her father Kris.
“When I stepped off stage for the first time, the feeling was indescribable,” he admits. “I thought it was
something I could do for the rest of my life. I had never considered music would make me so happy. As
much as loved fighting, it didn’t give me the same feeling that playing live did. I decided to do everything
I could to make that feeling a reality in my life.”
Teaming up with Trev Lukather behind the board as producer and co-writer, he assembled Limited
Edition Psycho over the course of 2021. Nodding to influences such as Alice In Chains, Nine Inch Nails,
and Stone Temple Pilots as well as classic folk, he infuses eloquent lyricism into grunge-inflected
grooves.
“I did a lot of my formative growing outside of the public lens,” he notes. “I’m bringing something more
confident and fully formulated to the table as an artist, because I waited until the right time to do this.”
Following singles such as “Judgement Day” and “Cold Knife Karma,” he paved the way for the EP with
“Redlight Appetite.” Consequence of Sound hailed the latter as “a glammed-out rocker that unabashedly
aims for a massive stadium sound.” Elsewhere, “Slave To Your Name” builds from airy verses into a

disarmingly catchy refrain, “Dancing with a ball and chain, high on cheap cocaine, nothing’s changed,
I’m a slave to your name.”
“It’s one of the more personal songs,” he states.
Then, there’s “Systematic Minds.” Ethereal guitars glide over a robust beat as his voice rings out on
another magnetically massive melodic chant.
“More than ever, people’s opinions are not their own,” he notes. “A lot of people won’t even post
something online unless they know everyone else will agree. They’re not living their lives for
themselves; they’re living their lives for others. It’s worse than it’s ever been. The song is about how
we’re all brainwashed into a certain style of thinking. We’re capable of controlling our own thoughts
though. You have to master your mind, or else you become a slave to it.”
As the project stares down addiction, isolation, depression, and darkness, the title perfectly hints at
Andrew’s headspace.
“Limited Edition Psycho means we all think we’re special even though we are all for the most part truly
alike,” he goes on. “Everyone has the same issues, so these are mine.”
In the end, Andrew’s story remains relatable through and through, because it’s real.
“When you listen to my music, I hope you walk away with a different perspective,” he leaves off. “I also
want you to feel a sense of belonging. I’m just a guy who’s working really hard to embody all of the
values I appreciate in the world. I try to be 1% better every day. I want to be able express myself in the
songs and bring them to anybody who wants to hear what I have to say.”

The Tyler Wolff-directed video was shot in a “ghost town” outside of Austin, Texas, and has a definite From Dusk Till Dawn vibe. The setup sees Andrew Hagar headlining a show at the local saloon. It turns out one of the patrons is out for blood.

“The video for ‘Red Light Appetite’ was inspired by horror classics such as Evil Dead, 30 Days of Night, The Lost Boys, and From Dusk Till Dawn,” Hagar admits. “We were really going for a particular vibe with the color and photography, and I think we accomplished that pretty well.”